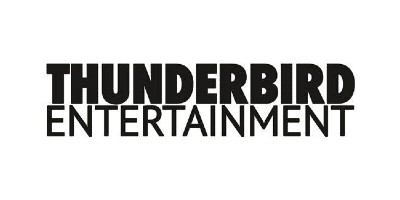 Thunderbird Entertainment Group is a publicly-traded, global content creation studio that delivers premium quality, innovative and socially responsible content that aims to help make the world a better place. Headquartered in Vancouver, with offices in Los Angeles, Toronto, and Ottawa, Thunderbird is uniquely positioned to meet the evolving demands of the content creation industry through thriving footholds in animation (Atomic Cartoons), unscripted (Great Pacific Media) and has recently launched a premium scripted arm of the company.

Founded in 2003, Thunderbird has become a leading content creator, forming partnerships with all major media platforms as well as traditional broadcast and cable channels. Thunderbird’s projects are a mix of owned-intellectual property, like Emmy Award-winning The Last Kids on Earth and Discovery Canada’s long-running Highway Thru Hell, and high profile service productions on brands, including Marvel’s Spidey and His Amazing Friends, My Little Pony: Make Your Mark, Trolls: Trolltopia, and Molly of Denali. Thunderbird’s programs air daily in 40 different languages and 180 countries worldwide.

Under the leadership of CEO Jennifer Twiner McCarron - who stepped into the role in 2018 - Thunderbird has experienced exceptional growth as the demand for streaming content has increased. Today, the team is 1,300+ strong and growing - adding several key hires in 2022 and building out new offerings that include a move into premium scripted content and the launch of a Global Distribution and Consumer Products division. As of December 2022, Thunderbird had 28 shows in production, with a heavy slate of shows in the development pipeline.

Thunderbird has won numerous awards and recognitions, including multiple Emmy Awards, Canadian Screen Awards and Leo Awards, a Peabody, a BAFTA, a Television Critics Association Award and a Seoul International Drama Award. In addition, Thunderbird was named by Fast Company as one of the world’s most innovative companies in TV and Film for 2020, and Playback named Atomic Cartoons as 2020’s Kids Production Company of the Year.

Centered around the belief that entertainment can be a force for positive change, Thunderbird prioritizes content that has an important message to share. Molly of Denali is one of the first children’s programs to feature an Indigenous lead character, and Thunderbird series like Reginald the Vampire, Kim’s Convenience, Styled and Deadman’s Curse underscore how Thunderbird encourages diversity and inclusion in storytelling. This commitment is also evident behind-the-scenes - the Company is working towards a gender balance by 2025, with a team that identifies as 50% male, 40% female, and 10% gender fluid. In addition, Thunderbird operates an internal Black Lives Matter Group, offers Art Director Master Class in partnership with Women in Animation, and helps fund multiple BIPOC internship programs.

Thunderbird is also finding meaningful ways to incorporate sustainability. The team is creating a robust Environmental, Social, and Governance action plan and roadmap that reflects their desire to be a purpose-led, people-first, net positive company. With ambitious goals for the future, Thunderbird has already taken steps in building the foundation, including exploring sustainability and storytelling initiatives, joining Creative BC’s Reel Green industry initiative, and more.