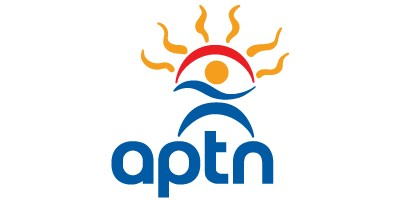 As the world’s first national Indigenous broadcaster, APTN has served Indigenous and non-Indigenous audiences in Canada for over two decades. During this time, the network has steadfastly adhered to its mission, which is to “share our Peoples’ journey, celebrate our cultures, inspire our children and honour the wisdom of our Elders.”

APTN is a respected member of the Canadian film and television industry, a strong voice in the Canadian media landscape and a primary platform for Indigenous Peoples to share their knowledge, perspectives and experiences with nearly 10 million households across Canada. Unparalleled in its unique position within the broadcast sector, APTN shares award-winning shows that are genuine, engaging and educational for all Canadians. The network’s programming in English, French and an ever-expanding variety of Indigenous languages contributes to language revitalization, empowers Indigenous storytellers and creates meaningful connections with audiences.

Throughout its illustrious history, APTN has continued to push the envelope—most notably in 2019 with the launch of APTN lumi, the network’s Indigenous-focused streaming service. This platform allows viewers to enjoy their favourite APTN programs anytime, anywhere, and new content is added to it on a regular basis. Since its debut, APTN lumi has also launched several original series, including the critically acclaimed Indigiqueer story Querencia, the supernatural thriller Shadow of the Rougarou and the comedy series DJ Burnt Bannock, with more to come.

Other industry milestones for APTN include being designated as an official broadcaster of the Vancouver 2010 Olympic Winter Games, partnering with Canadian Heritage and industry actors to create the Indigenous Screen Office in 2017 and delivering the first-ever NHL game in Plains Cree in 2019. Most recently, APTN hosted a one-hour commemorative gathering for the 2022 National Day for Truth and Reconciliation entitled Remembering the Children.

As a founding member of the World Indigenous Television Broadcasters Network (WITBN), APTN acquires a range of international Indigenous programs from Aotearoa (New Zealand), Australia, Thailand and more. APTN looks forward to seeing even more foreign Indigenous content grace Canadian screens in the years to come, which will be made possible via exciting new collaborations between APTN and other WITBN members.

APTN has long been recognized for fostering a supportive and nurturing workplace, having been annually designated as one of Canada’s Top 100 Employers since 2013. With a company culture centred around connection and compassion, APTN makes the network a fun place to work. APTN and its employees continue to amplify Indigenous voices and stories, celebrating the rich diversity of Indigenous Peoples across Turtle Island and beyond.